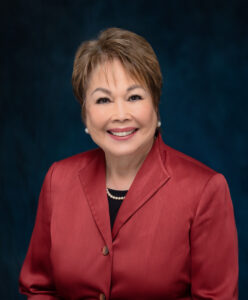 State Senator Experience
Senator Inouye has represented Hawai‘i Island for the past eight years and previously, she represented District 1 in the Senate from 1998 to 2008.

Committees
She is currently the Hawai‘i Senate’s Majority Whip and throughout her tenure in the Senate has served on the powerful Ways & Means Committee (which oversees financial policies, taxation, and budget). The senator chairs the Senate Water and Land Committee and is vice chair of the Transportation Committee.

Her Journey
Part of the fabric of Hawai‘i Island, Senator Inouye was born and raised in the sugar plantation camp of Wainaku, just outside Hilo. In her early career, she worked in the hospitality industry in various management roles; she served on the county’s planning commission and the Hawaii State Plan Policy Council before she was elected to Hawai‘i County Council, then Mayor and finally, the State Senate. She owns Aloha Blooms, Inc., a 10 acre farm, with her husband, Vern.

Guidance
Senator Inouye continues to be guided by her parents’ mantra as she grew up in the plantation camp with seven brothers and sisters, “Work hard, be honest and help one another.”

Her family didn’t ask for much and appreciated the supportive community and wholesome environment. She learned a genuine love for the land and its people. These things molded her values and continue to guide her. Senator Inouye embraces her past as she seeks to improve our island’s and state’s future.

Community Oriented
She has been honored by the Big Island Press Club; National Guard Association of the U.S.; University of Hawai‘i-Hilo Alumni & Friends Association; Big Island Filipino Women’s Civic Club for outstanding community service; Hawai‘i Farm Bureau Federation for distinguished service; United Filipino Council of Hawai‘i for government service; Girl Scouts of Hawai‘i multiple times, and she was named one of 100 Most Influential Filipina Women in the U.S.

Family
She is the mother of three, grandmother of five, and four great grandchildren.

Find out more information on the projects Senator Inouye has championed.

Lorraine Inouye has been a name I could trust for as long as I can remember. I trust her with our future! 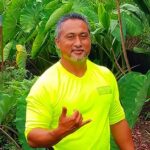 I’ve been a long-time supporter of Lorraine and the reason is simple: Lorraine is a good person. She was brought up in Hilo through humble circumstances and it shows in her decision-making and the way she treats people. She’s a kind-hearted, clean-hearted and caring individual who is genuinely respectful towards others. Her character fits the term “public servant.” We need more people like Lorraine in government.

Senator Lorraine Inouye has always supported our efforts to improve healthcare for East Hawai‘i as well as the state.  We should reelect Senator Inouye so she can continue the good work she has done for our community. 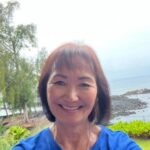 Ami LamsonHilo Medical Center Board of Trustee
View All Endorsements

Please sign up for our eNews.  We promise we won’t overdo it, just occasional updates on Lorraine’s advocacy for Hawaii Island.